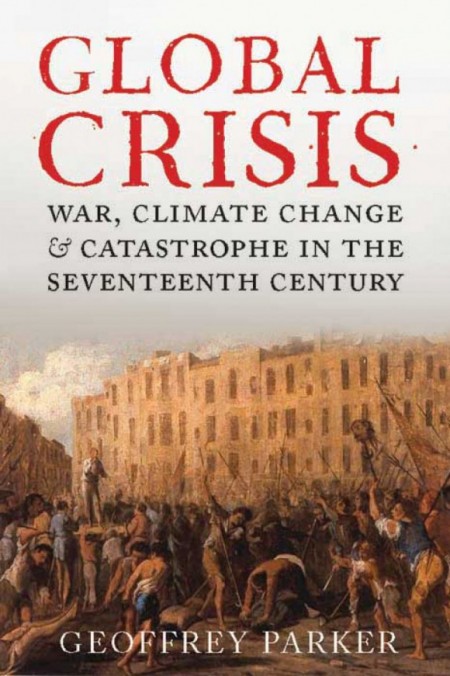 It has long been familiar that the 17th century was also a time of extraordinary political turmoil right across Europe and Asia, from the Thirty Years War which laid waste vast tracts of Germany to the overthrow of the Ming dynasty in China; from the murderous civil wars and revolutions which rocked Britain and France to the disintegration of the Spanish empire. As early as 1643 a Spaniard observed that it was ‘one of the epochs when every nation is turned upside down’. Voltaire noted, a century later, how many rulers had been murdered or executed, from the Ottoman Sultan Ibrahim in 1648 and Charles I in 1649 to the Mogul emperor Shah Jahan in 1658, calling it ‘a period of usurpations almost from one end of the world to another’. Hugh Trevor-Roper popularised the term used to describe this age of violent transition between ‘the climate of the Renaissance’ and the ‘climate of the Enlightenment’ as ‘the General Crisis’. What Geoffrey Parker has now added to our perception of that time, however, is the very significant part played in those events by the climate itself.

Historians have long debated whether these widespread upheavals were simply what passed for normal life in the pre-modern world or in fact constituted a decisive historical turning point: a “general crisis”. In Global Crisis: War, Climate Change, and Catastrophe in the Seventeenth Century, the author uncovers the environmental factors behind that century’s earthshaking events, from the English Civil Wars, to the collapse of the Polish-Lithuanian Commonwealth, to the Manchu conquest of China, demonstrating that the 17th century was one of the more extreme periods in an era of global cooling that stretched from the fourteenth to the nineteenth century. Thanks to the telescopes that came into use around 1600, sunspot records indicate a low point in solar activity in the latter half of the seventeenth century. Following relatively mild conditions in the 1500s, the chill took seventeenth-century observers by surprise. “It is horribly cold,” wrote Madame de Sévigné to her daughter in Provence in the summer of 1675. “We have the fires lit, just like you, which is very remarkable.” She and her daughter agreed that “the behaviour of the sun and of the seasons has changed.”

Parker has reconstructed the 17th century crisis in a masterpiece of narrative history, which falters only when it turns to the present-day implications of climate change in the epilogue. Looking at the present-day implications of this history, the principal lesson he draws concerns the need for disaster preparedness at the national level –on the model of the construction of the Thames Barrier, downstream from central London, in the 1970s and 1980s. By refusing to address the link between industrialization and global warming, Parker ultimately gives a skewed picture of the resolution of the crisis and a blinkered view of its implications for environmental policy today.

Somehow controversial, G. Parker’s demonstration of the link between climate change and worldwide c-atastrophe 350 years ago stands as an extraordinary historical achievement. His book captures this century of upheaval in a political, economic, and cultural history of dozens of early modern states. It has won many prices including theSociety for Military History 2014 Distinguished Book Award for the best book-length publication in English on non-United States military history.