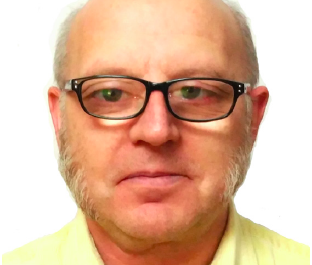 Santiago Aguilar is a screenwriter and a film director. From 1985 to 1995, he served as a documentary filmmaker for the Spanish film library. Since then, he has kept collaborating with this institution as an author and he has helped designing the national archives digitalization plan. His research interests have been focusing on Spanish cinema, and more especially on Spanish surreal comedy films delivered by authors such as Edgar Neville, Rafael Azcona, Miguel Mihura, Enrique Jardiel Poncela or José Santugini. He has also worked on indigenous technological developments such as linguistic multiversions, Cinefotocolor, Hispanoscope. He is the author of two books that he co-signed with Felipe Cabrerizo: Un bigote para dos. El eslabón perdido de la comedia cinematográfica española (Córdoba, Bandaàparte, 2014) and Vittorio de Sica (Madrid, Cátedra, 2015). Contact: santiago.aguilar1@wanadoo.es