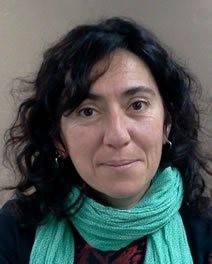 Pilar Lluch Villar holds a degree in Media Studies from the Universidad Politécnica de Valencia-CEU San Pablo and a MA in Interculturality and Communication Policies in Information Society from the Universitat de València. She has collaborated in Televisión del Puig, Radio Alameda, Radio Ribera and Antena 3 Radio. She developed her professional activity from 1993 until 2007 at COPE Valencia, where she specialized in political and parliamentarian information. In 2007 she began her professional relationship with the Central Government Delegation in the Comunitat Valenciana, where she currently works at the Press Office. She has also been a Radio Practice teacher at theMaster in New Tendencies and Innovation Processes in Communication at the Universitat Jaume I, Castellón, from 2009 to 2012.