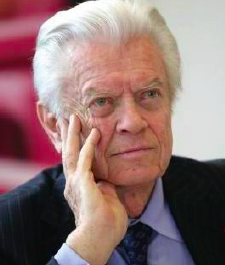 Dusan Sidjanski is founder of the Department of Political Science at the University of Geneva, Professor Emeritus of the Faculty of Economic and Social Sciences and of the European Institute in Geneva. From 1956, he worked in close collaboration with Denis de Rougemont at the European Cultural Centre, which was founded in 1950. He was Chairman of the Centre from 2003 to 2008 and is currently Honorary Chairman. He was Special Adviser to the President of the European Commission between 2004 and 2014. He is the author of numerous works, such as recently, The Federal Future of Europe, University of Michigan Press, 2000, Le Traité de Lisbonne sur la voie fédéraliste?, L’Europe en formation, 2011, no 362, and La Fédération européenne est notre affaire, in «L’Europe de Denis de Rougemont», L’Harmattan / Academia, 2014. email: dusan.sidjanski@unige.ch