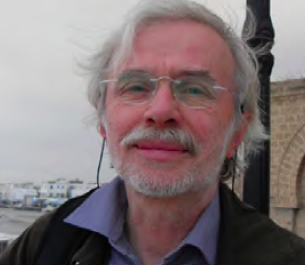 Didier Coste, a Professor Emeritus of Comparative Literature (U. Bordeaux Montaigne) and a Fellow of JNIAS (JNU, New Delhi), has taught in 9 countries across the world, specialising in Poetics, Aesthetics, Narrative Theory and Translation Theory. A poet, novelist, translator, critic and theorist in French, English and Spanish, his many articles appeared in journals of France, the USA, India, Spain and Australia and in edited collections and encyclopedias. He was awarded the Grand Prix of the Société des Gens de Lettres for Literary Translation in 1977. His best-known theory book is Narrative as Communication (Minnesota UP, 1989). His latest novel is Days in Sydney (2005); latest published book of poetry: Anonymous of Troy (Sydney 2015). Forthcoming: 4 collections of poetry in English and a French translation of Pandavapuram by Sethumadhavan. In progress: Conversations with Hanuman: Essays in Indian and Comparative Literature; a bilingual anthology of León de Greiff; a translation of Goddess Poems by Annie Finch, and more. Contact: didier.coste@gmail.com Website: https://u-bordeaux3.academia.edu/DidierCOSTE