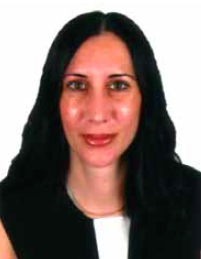 Carmen Guiralt Gomar holds a PhD from the Universidad de Valencia, a Bachelor’s Degree in Art History from the same centre and a Master’s Degree from the Universidad de Valladolid. She has published research papers in prestigious scientific journals, both at national and international levels, including Film History, Zer, L’Atalante, Fonseca and Fotocinema, and has given talks at numerous international conferences. Among her contributions to collective work stands out the book Ciudades de Cine (Cátedra, 2014), in which she has collaborated with the chapter devoted to Washington, D.C. She has just finished a book on Clarence Brown, which will be the first book published on the filmmaker worldwide and will come out in the series «Signo e Imagen/Cineastas» (Ediciones Cátedra) in early 2017.